We Really Having the Aussie Open, Huh: No, I'm Not Watching Venus v. Gauff Live

Does anyone else remember that movie, "The Day Before Tomorrow?" I remember watching it and finding it a bit unrealistic, even for a sci-fi movie. It starts with everything going sideways, right out the chute. (Also starts and ends with Jake Gyllenhaal, but that's not the point, which is rare from me.) Anyway, the thing that seemed ridiculous was that all of a sudden, the world was melting down and yet, everyone seemed off guard. I just mention this now because we're playing the Australian Open and people having trouble breathing because of these raging wildfires and we're ... just playing the Australian Open. Maybe this is what we're going to do before everything goes truly sideways.

So, yeah, switching gears. Here are the draws. 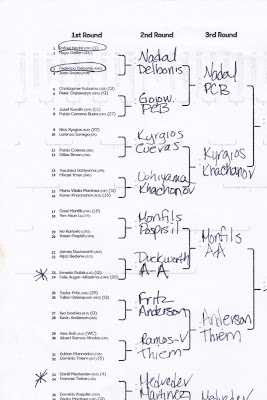 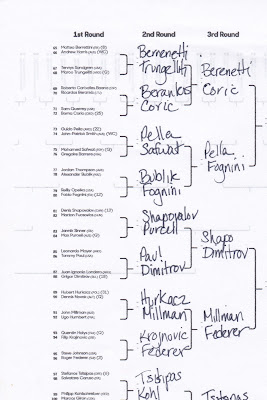 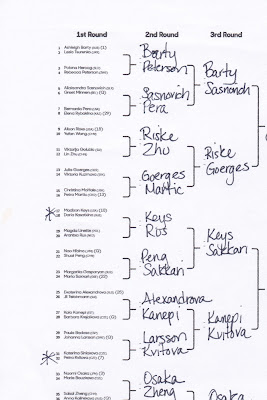 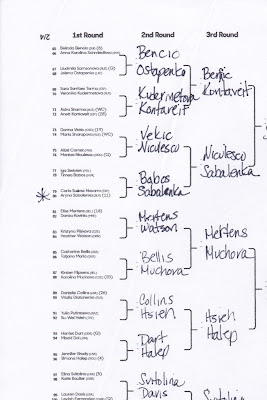 Some notes:
1. If Coco Gauff can beat Venus Williams at Wimbledon, what will she do at the Slam where Venus routinely underperforms? I don't want to know, not right away.
2. Philipp Kohlschreiber is still out here, fam.
3. I am fascinated by this Ernests Gulbis/ Felix Auger-Aliassime matchup in the first round.
4. Same with Daniil Medvedev v. Frances Tiafoe. I am picking Medvedev, but barely.
5. It was funny, filling out the men's draw. I'd gone through it, thinking Nadal has shockingly little pushback to get to the semis and wondering who was missing. Then I went to the next page, and all of a sudden, there's Roger Federer, Novak Djokovic, Denis Shapovalov, Stefanos Tsitsipas, heck, even Grigor Dimitrov. Back half loaded much?
6. Whatever happened to Daria Kasatkina?
7. I think Petra Kvitova has a nice shot at a deep run here, but her first round against Katerina Siniakova could be a rough one.
8. Aryna Sabalenka v. Carla Suarez Navarro?!
9. It's nice to see Serena Williams break the title drought. But yikeys, does she have a bad draw. Johanna Konta. Dayana Yastremka, old nemesis Sofia Kenin and other old nemesis Sloane Stephens?
10. Why can you never print a normal-sized draw for the Australian Open?