The Attitudimeter: Davis Cup Finals and Shuttin' Down the Machine

Welp, this is the last installment of the Attitudimeter because there's no more pro tennis. Just tennis gossip, baby-mama drama, Prince Harry and Meghan Markle and the Aussie Open's Serena-watch. Don't worry -- there will be more at this spot. I've been seeing some straight JACKED-UP year-end tennis compilations and we will be setting the record straight. But first:

First of all, there is really only one acceptable circumstance in my mind for grown men crying, and it is when they have won the Davis Cup and come through for their captain, Yannick Noah. Nick Mahut looked like he wasn't gonna make it off the court. It's winning moments like this that make you realize how great the Davis Cup could be if only they tried to do it the right way. (Next year, the tournament is going to try a few changes, such as a two-day format for ties and best-of-three matches, and other stupid things. Of course they could consider Judy Murray's idea to make Davis and Fed cups happen every other year, but sure, let's do some ticky-tack changes first. Sigh.) But back to the French. Their win was the first in 16 years at Davis Cup, which is crazy because of their consistent depth. I mean, you can pull Mahut to put in Richard Gasquet in the doubles. Anyway, they played some high-quality tennis and it's hard to believe it'll take them another 16 years to win again.

It's tempting to make this all about David Goffin, who did all he could to get his team to that trophy, but it wasn't enough in the end. At the same time, this was essentially the team that got this far -- Steve Darcis, Ruben Bemelmans and Joris De Loore -- that got the Belgians here in the first place. They did some of that without Goffin, and against some tough customers -- Germany, Italy, Australia. So, they probably feel like crap this week, thinking they just needed one more match to get over the hump, but overall, it was a pretty good season for these guys.

I have never been to France. But I have always heard that it's such a great place -- the City of Light, etc. So you would not expect to see such trash tennis fans there, and yet, they are worse than the New York crowds liquored up at night at the U.S. Open. They really highlighted this during the Davis Cup match between David Goffin and Jo-Jo Tsonga. In sum, Tsonga quit playing a point after he assumed that an "out" call was made, mostly because the ball was most definitely out. But also because the crowd was yelling and booing constantly. So Tsonga complained to the ump, specifically saying it was too loud to hear, but she basically told him he was outta luck. And what does the crowd do in response? Yell and boo constantly. Good. Good.
They roll like this every French Open. You wonder why French tennis players have trouble winning in France? They probably have scarred poor Mary Pierce for life.
Posted by Naf at 8:05 AM No comments: Links to this post

The Attitudimeter: Jack Sock is here?!??

Just in time for Thanksgiving, a special holiday edition of The Attitudimeter. Despite all the craziness in the world right now, there is still plenty to be thankful for, especially where tennis is concerned. Tennis is really the only thing that didn't completely suck this year, when you think about it. So let's dig in!

I think it's great Serena Williams got married this weekend with everyone who is cool in attendance. Her baby is very adorable. Her husband appears to be well-trained to worship her regularly. But these dancing shoes for the reception 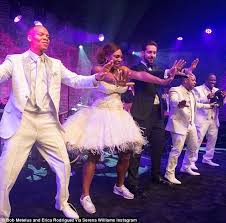 were really just the best things I've ever seen. Hands down. 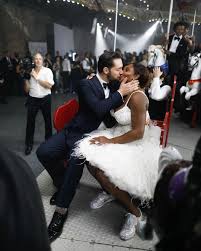 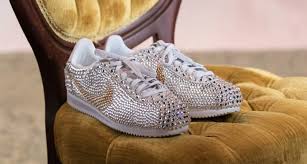 He won the ATP Finals. OK. Whatevs. We're gonna talk about how on earth something like this could even happen, but imagine a world where some of the strongest players on tour weren't injured right now. Where would Dimitrov have been during the finals? Shuffleboard? Playing Old Maid, maybe? But, yeah, congratulations ...

... to the guy who was really the star pupil at the finals. Let us consider that Goffin of Mordor was having a pretty great season to begin with when he suffered a gruesome on-court injury at the French Open. He came back and was still able to earn a spot in the finals. And then he beat Nadal and Roger Federer, ending both their seasons. He did the heavy lifting so that Dimitrov didn't have to. Also, he's a good four feet shorter than everyone else on tour. All hail our favorite tennis Hobbit.

You really have to assess the choices you make as a tour when you've got Jack Sock at the year-end championships. This isn't Sock shade, honestly. He played well at the finals, advancing to the semis, and beating Alexander Zverev. But look who's on the sidelines. Andy Murray. Novak Djokovic. Milos Raonic. Kei Nishikori. Rafa Nadal as a late addition. These finals were never supposed to be a "best of the rest" wrap-up. I guess this is my way of saying that this is a good time to take a look at that tournament schedule, and if not that, then looking at what you're requiring of players.

One of my first tennis fan memories was watching Jana Novotna cry on the shoulder of royalty when she lost Wimbledon. Yes, that was a terrible moment for her, but a great humanizing moment for the sport. I think that maybe when you also play tennis yourself (not always on a pro level), that sort of moment makes you realize it's OK for tennis to mean something to you. So it sucks to lose someone like Novotna so young to cancer. She was just 49. Hopefully, she understood that her moment of sadness on the court spoke to many of us in many ways. RIP, Jana.
Same goes to Pancho Segura, who at least was able to live a full and successful life. He died at 96 this week as well. He had a record-breaking career ... and also gave us Jimmy Connors. But you can't be perfect.

Look at this. I mean


I can see wanting to address player withdrawals. That makes sense. But it's a pretty hard line to say that if you retire from a first-round match, then you'll probably get fined. (Tanking, yes, should always be fined, Nick Kyrgios.) But ... what if you do it during the second round?
Also, I am old enough to remember why the Slams went to the 32-player draw -- to prevent, say, Grigor Dimitrov from playing Nadal in the second round. I was resistant, but it made sense, especially as tennis developed depth, and it's turned out well. So why change this? I can even see the argument for three-set matches for men before I see the logic of this nonsense. The shot clock in matches? What?!?? Why is tennis so insecure? Why are they trying to appeal to people who don't like tennis? Other sports aren't willing to change its bones to please non-fans. Am I missing something? I think, actually, that I'll miss tennis when it's gone.
Posted by Naf at 2:51 PM No comments: Links to this post

The Attitudimeter: It's All Uphill From Here

It looks like the Attitudimeter is malfunctioning this week, because it seems that nothing good happened in pro tennis, except Roger Federer playing tennis in a kilt. Alas, the ATP Finals are this week, so it can only go uphill from here. Unless their draw ceremony also included some light sexism. Anyway, let's do this thing:

Normally, I wouldn't delve into tennis players' personal lives unless it involved winning a Grand Slam while pregnant, but here is exception No. 2. This guy. I mean, fine. It didn't work out. That happens. You both love your child and both of you want custody. What are the levels of petty required to refuse to allow the mother of your child to travel for work because you want custody? You could figure this out in the offseason. You could let your baby mama work so she can afford to support little Leo (and let's be honest, buddy, you too, ex), but no.

The ATP Next Gen Finals

It's a good idea, I guess. Pit the young talent against each other, ATP Real Finals-style. They're good, but not ready for prime time. Sounds good. But what doesn't sound good, given the social climate these days, is doing your draw presentation with female models who have to remove their clothes to reveal the (male) player's group:

That was just how it started. This tournament was supposed to be an experiment in making tennis a little less tennis-y. For example, a shot clock between points, no-let, no-ad scoring and four-game sets. Yeah, I'm been here before, so I'm not going to get my blood pressure up ranting about this anymore. I will just simply say that if you don't like tennis, then go watch another sport and let the rest of us who like tennis enjoy tennis. How's that?

I could only find the Fed Cup final online and they were not speaking English, but I would really like to know what those girls were sniffing on changeovers and if it's legal.


Because that doesn't look legal.
I guess you have to give it up for this team, because they managed to make it to the finals, despite the absence of Victoria Azarenka all year. This is how you know it wasn't an Olympic qualifying year. This one girl, whose name is Aryna Sabalenka, strongly resembles Andy Roddick both in appearance 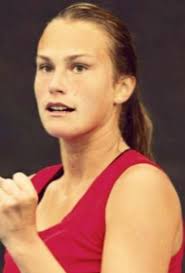 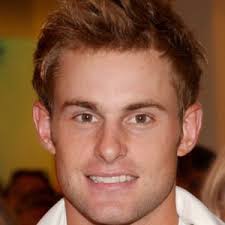 and in horrific net game. I mean, watch this:

Having said all of that, they took it the distance and if this girl wasn't such a terrible volleyer, they probably would have won Fed Cup.

The U.S. Fed Cup team really did go the distance against a team of no-name players from Belarus, even though they brought a Grand Slam champ and a semifinalist. They brought guns to a knife fight and the Americans somehow nearly bled out. I watched the final match in its entirety because I could barely believe how bad it was. The Belarusian girls played their ranking throughout, while Sloane Stephens, who just won the U.S. Open, basically donated her singles matches. Coco Vandeweghe, who is normally one of the cockiest players I've ever seen, looked like she couldn't handle life in the doubles rubber. And then there was Shelby Rogers celebrating an opponent error like she just won the Publisher's Clearinghouse. It was something to behold.
Actually, it wasn't.
Posted by Naf at 7:59 AM No comments: Links to this post