The Attitudimeter: Who's Up, Who's Down This Week

And now for a new feature here at TWA: The Attitudimeter -- a weekly look at who's on top in the pro game ... and who could use an attitude adjustment. (Note: Attitudimeter is copyright protected, so don't even try it.)

Roger Federer
He doesn't just get the top spot for winning Shanghai this week, beating his longtime rival Rafael Nadal in the process, but I suspect that Fed is playing the least pressure-free tennis of his life. I only say this because my dude showed up to this tournament looking like a homeless dude and he's cool with that. 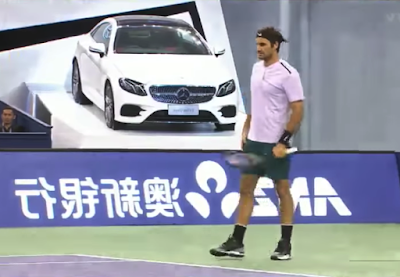 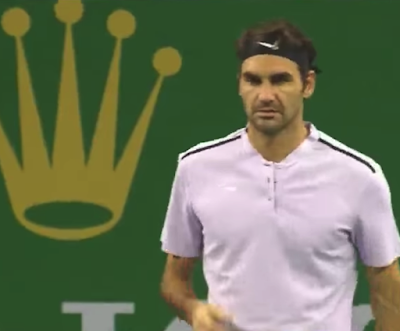 Maria Sharapova
Well, Sharapova finally made good use of a wild card, winning the Tianjin Open this weekend. She didn't lose one set, although there weren't any real threats in the draw, either (at least none who advanced very far, ahem Petra Kvitova). Here's the draw. 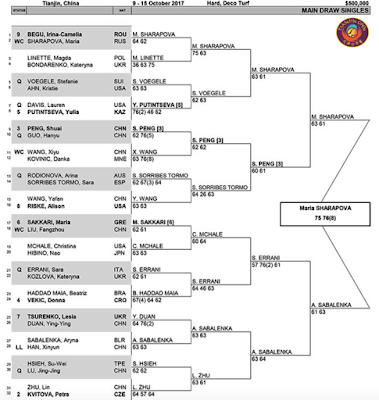 I'm not usually in the "wild-card-for-drug-ban-returnees," but this tournament really needed some help.

Serena Williams
The women's tennis season has been so inconsistent that folks are talking about Serena Williams for player of the year because she won a slam while pregnant. I agree that this is remarkable, but it's also remarkable that the women who have been jockeying for the No. 1 position have left virtually no impression on the voters. Also, here's another thought -- if we're going to suggest that Serena should win for her Australian Open performance (and apparently not for losing to Madison Brengle in a warmup tournament), can't we throw Venus Williams' name in the mix? She played in two Slam finals and a semi ...

Who Needs an Attitude Adjustment

Rafael Nadal
Nadal's had a good summer and two major titles to his season, but when it comes to beating Federer, he's stuck on the backhand strategy, I think, and it's ... not working anymore. I'm not sure how he did it, or even if it's legal, but Federer has somehow had his backhand surgically replaced with that of Ivan Ljubicic's. Plot twist, Rafa! But he's going to need to go back to the drawing board for a new strategy on his old rival.

Nick Kyrgios
It feels like October must be some type of triggering time of year for Nick. Last year, he got himself thrown off the tour before season's end for not trying during matches. This year, one call going against him in a final against Nadal caused him to hand over the entire match. And then, he threatened to quit a match if he didn't win the first set -- and then he quit the match.


Off-topic: Steve Johnson and that mustache, though. Anyway, Kyrgios needs to take Octobers off or something.

Fabio Fognini
I don't think I covered this knucklehead in the blog during the U.S. Open, but he called an umpire a whore during his first-round loss and he is currently playing tennis. This week, officials decided to suspend him and fine him ... kind of. He has to miss two slams next year -- one the U.S. Open and one, apparently, of his choosing. If he behaves himself in the next two years, his fine will be halved from the current $96,000. Fognini isn't challenging this, and why should he? He gets to choose some of his punishment!

Simona Halep
I remember when I thought Angelique Kerber was a placeholder No. 1, and compared to Halep, I really regret that take. I am sorry, Angelique. Like, Halep has had many chances to take the top spot this year, and then she backs into it and follows it up with a loss in the final. She is so unremarkable as a No. 1 that I don't have anything left to say.
Posted by Naf at 1:46 PM