TWA and Notions: How to Make a Pattern


Our tennis courts are open again in my corner of Florida, which is great. But I don't really feel ready to test the facility yet. Honestly, there are too many people walking around without masks and trying to crowd me in grocery stores, and I don't want to test public waters yet. League play allegedly resumes next month. Let's say that's true. That gives me about four weeks to finish my Martina knockoff dress. How's that going? Glad you asked.

I said in my previous post that I had attempted to recreate this dress before. I dug out my sewing box with the fabric I had left and a book I'd bought about the basics of sewing. I'd forgotten that I had also gotten a pattern-making book from the library and made copies of all the relevant chapters so I could return the book. When I looked all of this over, I realized why I had stopped. 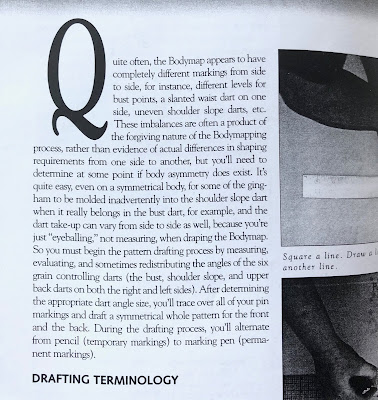 First, these books might as well have been written in Sanskrit. They couldn't have made the text bigger, or included some white space? This is like reading an economics textbook. 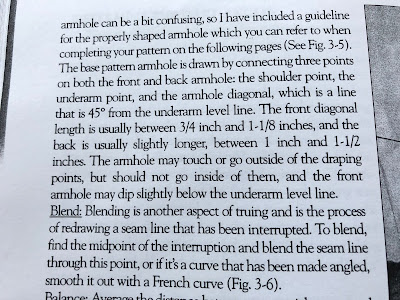 Oh, and the thing that probably sent me screaming from the machine the first time were all these numbers. It's just like Tom Hanks said, "There's no math in sewing!"
Unlike the 1970s, when I'm sure these books were written, there is now YouTube, where I felt sure I could learn how to make a pattern without math-ing.
But it turns out I was wrong. There is no way around calculations to make your pattern, just as there is no way to go without measuring your dimensions. There's been a lot of stress-eating of peanut butter and jelly sandwiches around here and also popcorn and cookie thins. So wrapping a measuring tape around my waist is, yeah, fraught.
Anyway, I went to YouTube University and found two fine instructors who gave me some tips before I busted out the scissors. The first one is from The Last Stitch, where I learned that you can digitize your patterns? One great idea she offered was using your best-fitting clothes when drafting patterns in addition to your dimensions. That is probably going to be very important here because while I love the look of Martina's dress, I do not think that playing in a dress that narrow and short will be very comfortable for me. My thighs are a little bigger than hers (and not all muscle), so some length adjustments will be needed there.
Unfortunately, Johanna also recommended using a textbook to learn more about the basics. Which might be a good idea because one of Johanna's other tips was that "Ease matters," and I had no idea what she meant. Cart before the horse much?
Still, I really wanted to get started, just to get something down on paper -- the lovely pattern paper I purchased online. So I cut out a piece and got started with the next video.
And I learned yet another lesson right off the top: supplies needed include a "set square" and "pattern master?!??" What are those? Looks like another online visit to Joann Fabrics is in order.
More math here, unfortunately, but Kim's video helps explain the whys behind the pattern calculations although I'm not going to pretend I'd be able to explain it to anyone else at this time.
I also learned the importance of ease, which is basically making sure that when you put on your dress, you can move around in it. Helpful thing to know. Even without those supplies, I was able to get something down on paper, although it wasn't much. 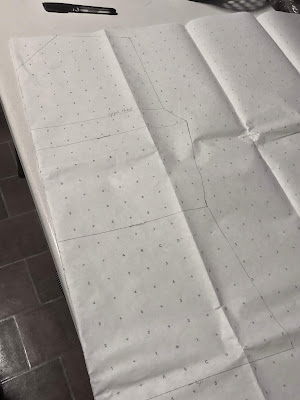 Like I said, not much. This is far from complete, but I needed a break from all those numerals. But I have officially gone much further than ever in this process, which makes me think I might actually swing this! (Pun discovered in editing process, and it stays.) I also have the material I'm going to use for my first pass at this project, too! No, it's not the original material. Not only have I been unable to find it, but I'm pretty convinced I'm going to need a second pass at this dress and would hate to do it on hard-to-find material. I like what I did pick out, which you'll hopefully see in my next post.
It might even be cut.
It might even be cut correctly.
Posted by Naf at 4:16 PM